Ten years ago, international wine tourism was a fairly alien concept in Spain. Touring a bodega and seeing how any given wine was produced was virtually impossible for locals and tourists alike!

But a lot has changed in a decade. Today, Spain is home to some of the most spectacular wineries in the world. Groundbreaking architecture, unbeatable scenery and (of course!) stellar wine combine to make Spain a top destination for wine lovers.

With more than 4000 Bodegas peppering the Spanish countryside, narrowing down which handful to visit can be quite the task! These nine stunning Spanish wineries are, in my opinion, absolutely worth the trip.

The romantic ideal of Old World winemaking is manifested within the musty stone walls of the Tondonia winery. Hints of the modern age are nowhere to be seen among the dusty bottles and endless rows of custom, handmade barrels. And while the bodega tour is excellent, the wines are even better. 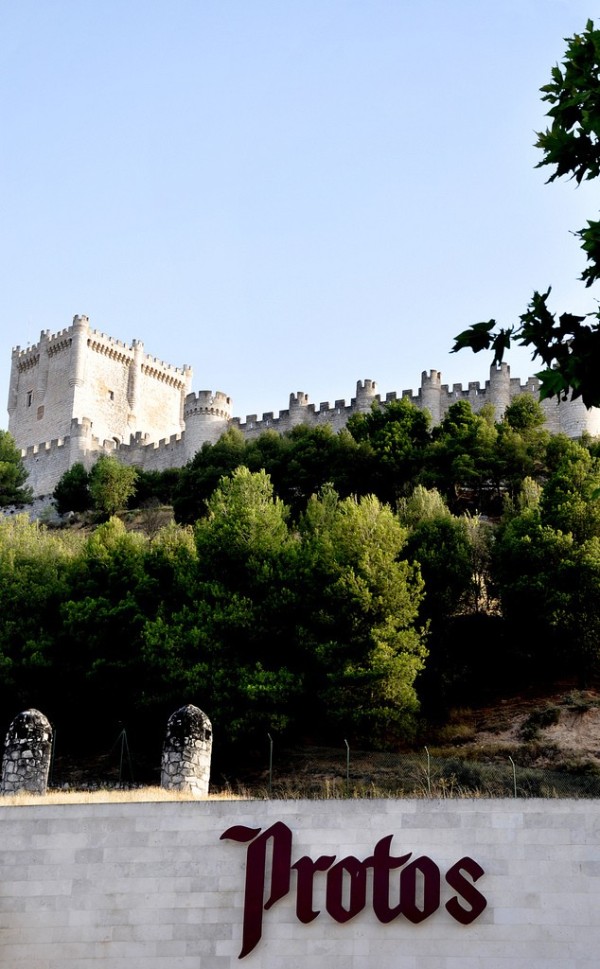 As the largest winery in Spain’s second-largest red wine region, it is only fitting that the majority of Protos’ cellars are guarded beneath the fortress of a castle. While the magic of time transforms barrels of tempranillo into works of drinkable art deep beneath the ground, the modern Protos winery brings art to the eyes above ground. The sweeping arches of the Protos winery were unveiled in 2007 and designed by British architect Rogers Stirk Harbour + Partner. 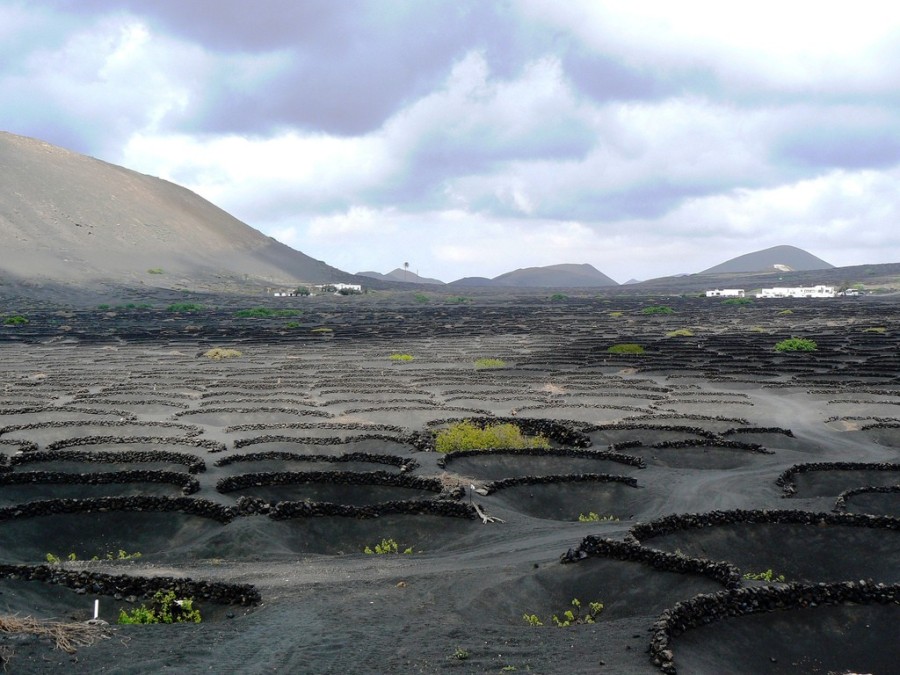 There is no bodega on Earth like El Grifo. Founded the same year that the U.S. Declaration of Independence was written, this winery is one of the oldest in Spain. It sits atop jet black volcanic sands so hostile to agriculture that every vine has to be planted in meter-deep holes surrounded by a half-moon volcanic rock wall. The rich, ashy wines are almost as striking as the landscape they come from!

The Cordoníu winery is so massive, wine tours here are done by train. More than 19 miles of tunnels lined with thousands of bottles Spain’s most classic sparkling wine weave underneath an Art Nouveau building. Codorníu is the oldest Cava winery in Spain, dating back to the 16th century, and the second-largest, producing millions of bottles per year. 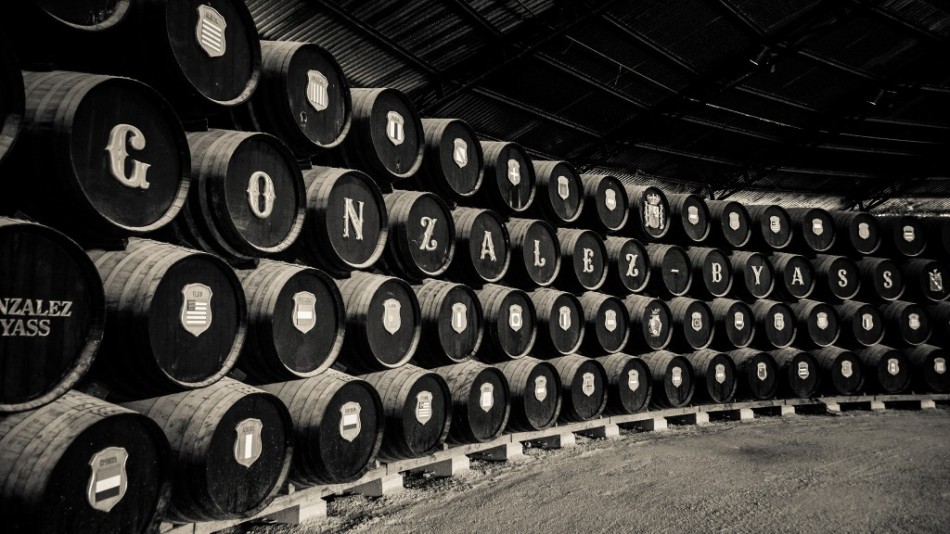 Often overlooked in the conventional wisdom of wine routes in Spain, Jerez de la Frontera provides a whole new kind of wine tasting. This village on the southern coast of Andalusia is the center of Sherry territory.

Tradition, history, art and culture combine at the Tio Pepe “city of sherry.” Some of the oldest parts of this giant wine complex, one of the oldest and largest in Spain, were designed by Gustave Eiffel, the architect of the Eiffel Tower. Be sure to visit the Real Bodega de la Concha, which was inaugurated in 1869 in honor of Queen Isabel II. 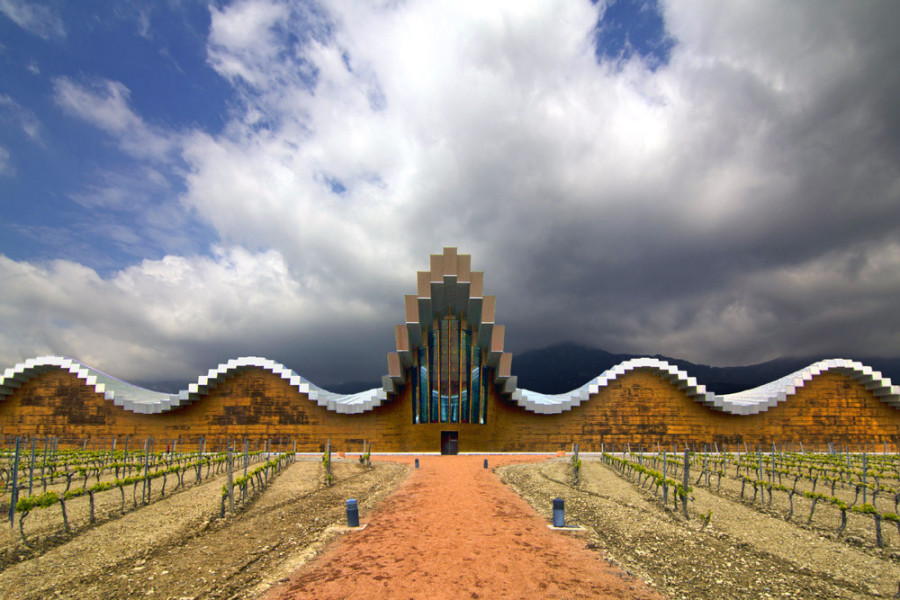 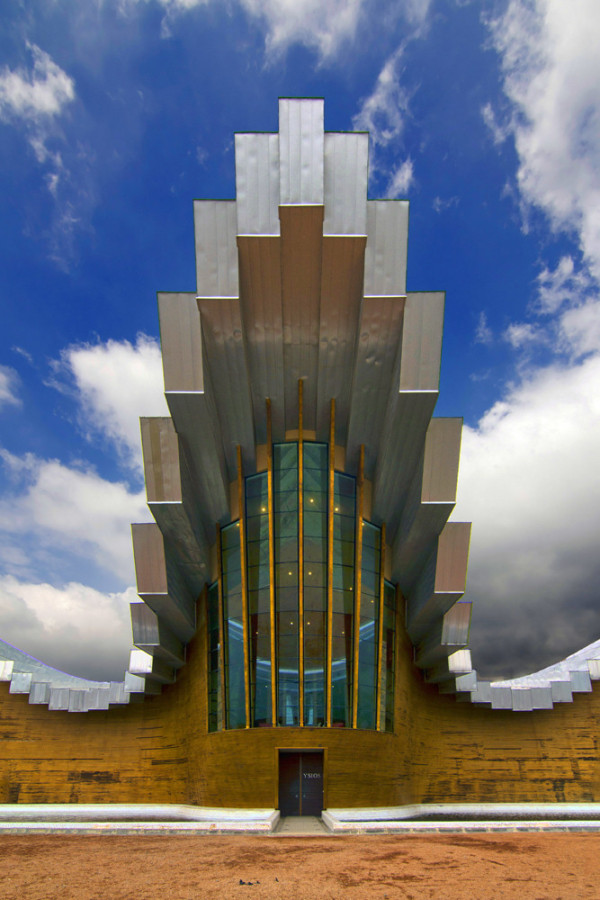 The rolling waves of the Ysios winery tie this modern architectural spectacle to both the vineyard that surround it and the mountains that frame it. Designed by Spanish Architect Santiago Calatrava, Ysios debuted this awe-inspiring building in 2001. 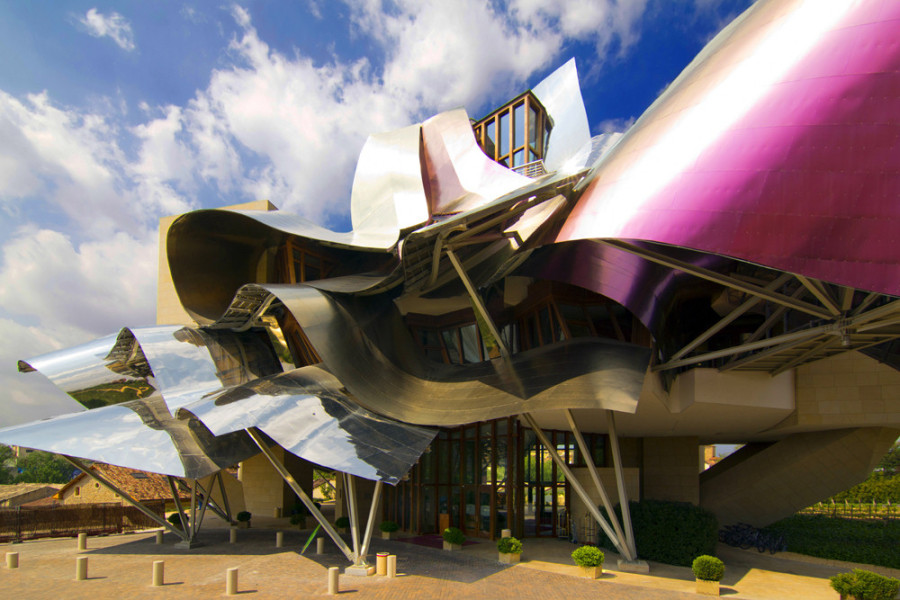 No list of Spanish wineries would be complete without Marques de Riscal, easily the most famous bodega in the country. This awe-inspiring winery was designed by architect Frank Gehry, the same unmistakable man behind the Guggenheim museum in Bilbao. The emblematic building, with its vibrant, wave-like roof, is just one part of the Marques de Riscal “City of Wine.” The sprawling area is a one-stop-shop for luxurious wine getaways with a hotel, spa and convention center in addition to the bodega.