The Carnival (Carnaval in Spanish) is a fiesta that is extremely popular that takes place during Lent. It is unique in Málaga because of its multicultural, colourful and spontaneous character when celebrations are held in both the Historic Quarter and in the other districts of the city. They hold hundreds of playful activities during the warm winter of Málaga.  The fiesta, led by the Fundación Ciudadana del Carnaval (Citizens’ Carnival Foundation), starts in Málaga with meetings of groups of singers, bands of street musicians, parades, quartets and choirs in the Teatro Cervantes in a contest that attracts contestants from all over the province as well as other places in Andalusia. Gastronomy also plays an important part during the preliminaries. Cabbages, casseroles, rice dishes, stews and much more; each district organises its popular taste sessions with Carnival songs as an essential part of the fun.

Starting on the 30th January till the 7th February, the Malaga carnival is about to happen once more. The 30th sees the opening speeches, the choosing of the festival King and Queen and then goes on over the days until the 7th with the king and queens parade, the “copla” competition, the Gran Boqueron parade and the burying of the “ boqueron”!.

You will have plenty of loud music,  lots of theatre and outlandish costumes. Sung are the traditional songs which parody what has been going on the politics, the clergy and celebrities.

Dressing up in Malaga Carnival is obligatory for carnival goers, and you can expect to see costumes and face paint everywhere. If you don’t feel like doing this, masks are an option. It is quite often over the top and bizarre which adds to the charm in most instances. The last day is a bit more solemn with the cardboard “boqueron” (anchovy) being buried. This is tradition in Spain to bury the cardboard sardine except in Malaga where they bury an anchovy…Here’s the end to the extravagance and the start of the moral and food restrictions which are imposed for lent.

If you are not one of those who follows the restrictions, let you hair down, have a lot of fun and mind the pickpockets!

Up Next….5 Foods NOT to eat in Spain! 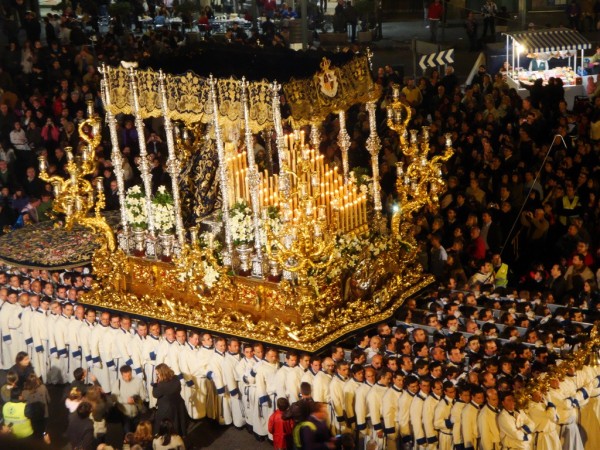