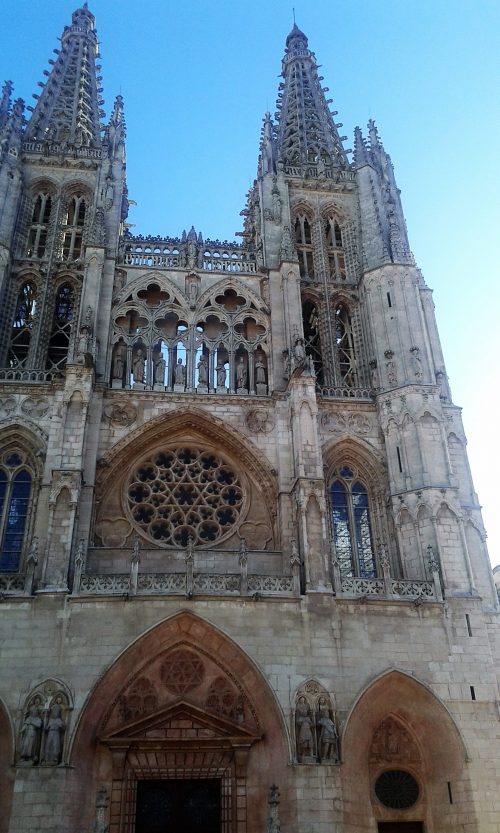 At the foot of Burgos’ castle hill stands the UNESCO-listed Cathedral of Burgos, a masterpiece of Spanish Gothic architecture. The profusion of sculptural decoration and grandiose proportions make this cathedral among the most impressive in Spain and the third biggest after the cathedrals of Seville and Toledo. Built from white limestone, the cathedral is celebrated for its sophistication and sense of harmony. Although mostly Gothic, the building shows other artistic styles that signify later additions (construction was over a long period from 1221 to 1795). The Puerta del Perdón doorway is featured by the main façade of the cathedral with a gallery of statues of the Castile kings. Above the doorway is an attractive star-patterned rose window called an estrellón. Are the most exquisite sculptures, depicting figures of evangelists and the apostles of the cathedral.
The awe inspiring interior is distinguished by the dome of the principal nave, which features a lovely Mudéjar (Moorish style) vault, and the 16th-century Italian Renaissance style Escalera Dorada (Golden Staircase) by Diego de Siloé. Within the sanctuary that is astounding are 19 chapels in the side naves, and throughout are valuable paintings, altarpieces, and sculptures. In the center of the nave is the gorgeous cimborio (lantern), a fantastic example of Plateresque art, richly decorated with sculpture and coats of arms, gilded balustrade, and brilliant reliefs. Behind the ambulatory is the 15th century Capilla del Condestable (Constable’s Chapel), another example of elaborate Plateresque style. 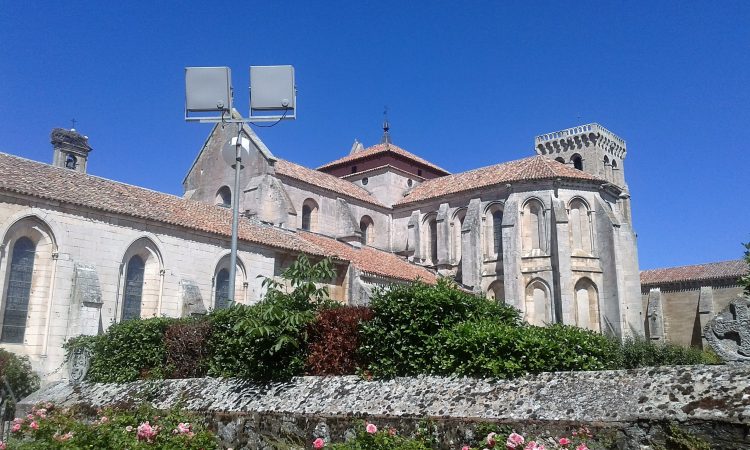 A must-see historical attraction, Las Huelgas is Royal Pantheon of the Castile monarchs and a medieval Cistercian monastery. The Monasterio de las Huelgas was initially a country residence of the kings of Castile. The Spanish word huelga means “repose/easiness.” King Alfonso VIII and Queen Dona Leonor converted the building into a Cistercian convent for noble women (descendants of the royal family) in 1187 at the request of his wife Eleanor, daughter of Henry II of England. The convent was granted riches and royal prominence, and its high-ranking abbess carried a staff resembling a bishop’s and wore a special headdress. The monastery exemplifies the austere architecture of the Cistercian order, with the cloister, the church, and the chapter house. The first church of the 12th-century was built with a Mudéjar Almohad design, resembling the architecture of Andalusia. This church is now the Chapel of the Assumption, which contrasts with the Romanesque cloister (Claustrillas) and Gothic additions constructed in the 13th century. The monastery also exhibits a set of precious medieval tapestries. 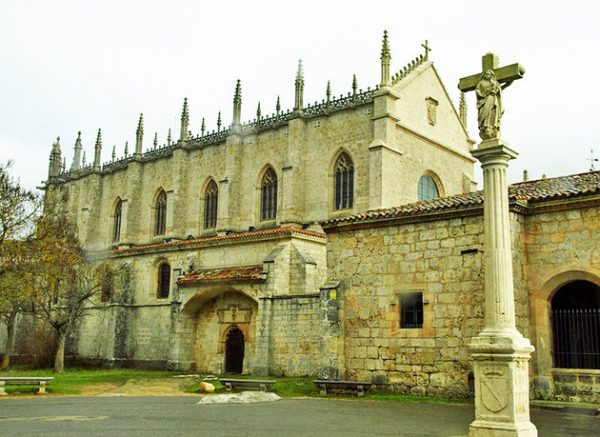 This Carthusian monastery lies about three kilometers outside the historic town of Burgos. The Carthusian monastery is a stone of 15th-century Gothic architecture. The monastery’s exquisite Gothic church is among the most important monuments of Burgos and contains the mausoleum of his wife Queen Isabella and King John II. Guided tours are available in summer. 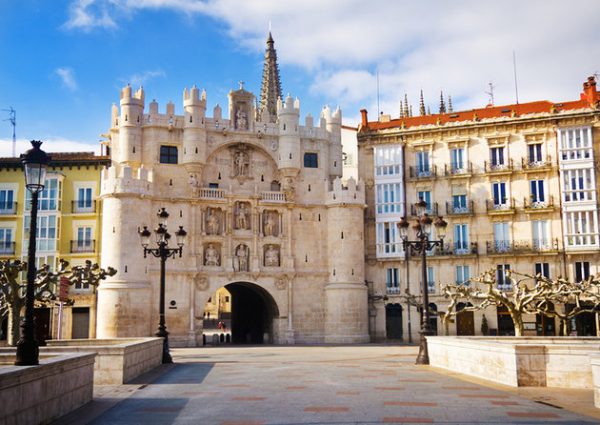 In 1552, the gate was renovated Francisco de Colonia and by Juan de Vallejo in Renaissance style. Two semicircular towers flank the massive arch, giving it the look of a castle. The gate features statues of Castilian heroes and kings: in the center of the lower row is Diego Porcelos, the town’s founder, next to Nuño Rasura and Lain Calvo, the first judges of Castile; in the upper row are the Cid, the Emperor Charles V, and Count Fernán González. Walking through the arch, the Plaza del Rey San Fernando will be reached by visitors on the southern side of the cathedral. The inside is frequently used to display temporary art exhibitions. 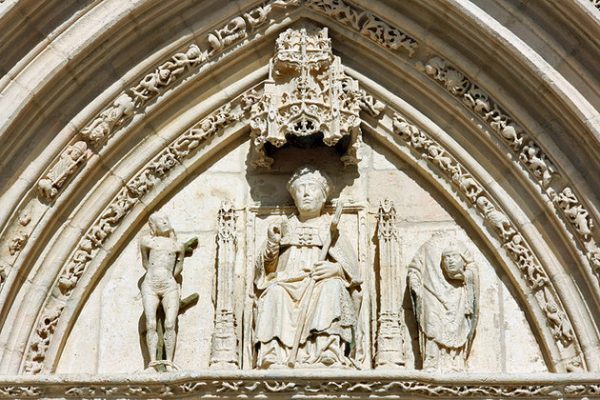 Only steps from the cathedral, the Church of San Nicolás is reached by taking a flight of steps via the Plaza de Santa María. The 15th century church was restored with a renovation project in 1911. The church interior is noteworthy for its fine notable and vaulting tombs. The greatest treasure of the church is the sumptuous 16th-century High Reredos by Francisco de Colonia. With unbelievable focus on detail, the piece features 465 figures. The reredos was commissioned by a wealthy merchant who desired the work of art to represent his prominence locally. 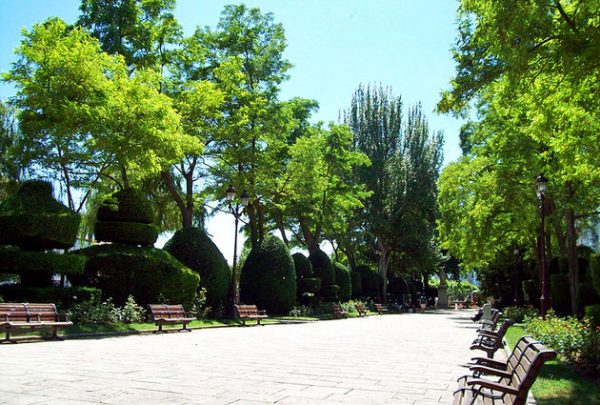 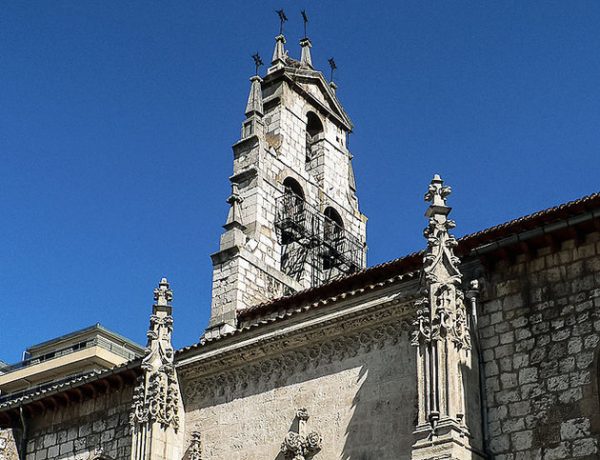 East of the Plaza Mayor is the Gothic Church of San Lesmes. The church also has other Late Gothic tombs and altars. In the 16th century, the church was renovated in the ornamental and architectural style of the era. Tours of the church are accessible when mass in not in session. 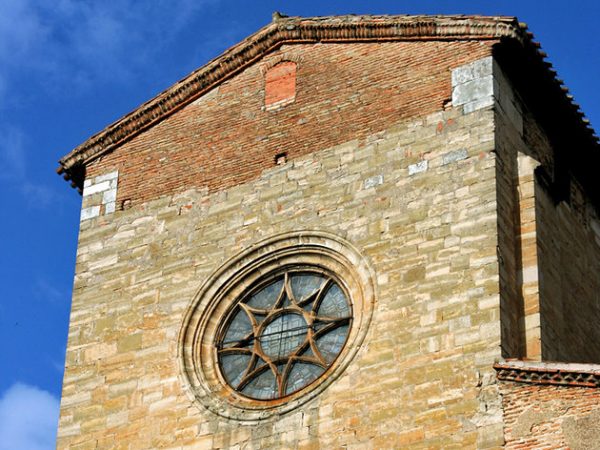 One of the most beautiful Gothic churches this place of worship, in Burgos dates to the 14th century. The exceptionally decorated interior has many chapels; the most notable are the finely vaulted Nativity chapel and the Buena Mañana chapels. Tours of the church are available before and after worship hours. 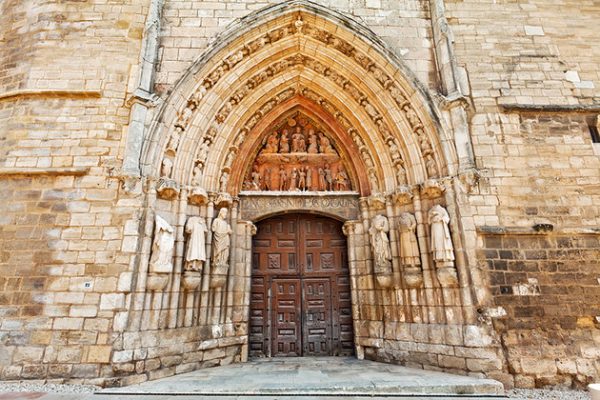 A brief walk northeast of the Iglesia de San Nicolás is the Gothic church of San Esteban built between 1280 to 1350. An attractive rose window illuminates the sanctuary, with ethereal light. The church also has an interesting Baroque retablo and a remarkable Early Gothic cloister. 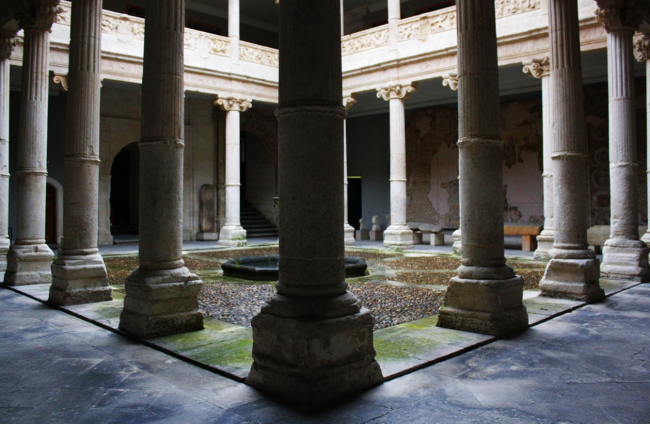 The Burgos Museum exhibits a varied collection in the Casa de Miranda, an elegant 16th-century palace. The collection includes exhibits of archaeology, antiquities in the state of Burgos, and an extraordinary variety of Baroque paintings of the 17th century along with contemporary art of the 19th and 20th centuries.

Barcelona and Architecture by Antonio Gaudi

Visit Valencia and its Historic Gems

Things to do – Visit Madrid!

Top 10 Things to do in Malaga